We’re well into Winter now, months beyond Fall, and I still just can’t stop with the Pumpkin Spice. It’s just too good.. too cozy.. too comforting to put in the rearview for another 8 months. I know it’s a signature Fall flavor and something to look forward to as the season change. But we might just have to adopt it year-round with these Vegan Pumpkin Spice Pancakes because they are our new favorite Sunday morning fuel.

These Vegan Pumpkin Spice Pancakes are light, fluffy, and irresistibly delicious. The batch you’re seeing in the pictures.. yes this “photo shoot” batch that no one was supposed to touch until I was done dressing them up.. well they disappeared before I could even make the spiced coconut whipped cream to go on top. So I highly recommend you try them topped with spiced coconut whipped cream, but maybe make it first so you still have a pancake left to try it on.

Can I use a pre mixed Pumpkin Spice blend instead?

I’ve broken down the spice combination between cinnamon, nutmeg, and cloves – my Pumpkin Spice go-to trio. But if you have a favorite pre-mixed pumpkin spice jar sitting on your shelf – use it! Pumpkin spice pre mixes are everywhere and should sub in well around 4 tsp for the entire recipe. Scale back to 3 tsp if you don’t like as much spice in your baked goods.

Can I use Pumpkin Pie Filling instead?

Honestly, I haven’t tried it – but I don’t think so. Canned pumpkin pie filling is full of sugars and flavors that would overpower anything we’re adding to this recipe. The texture is usually thinner than Pure Pumpkin Puree, so it would change the ratios in the pancakes and they would likely need more flour. Would it be a healthy swap? No. But if you try it be sure to leave me a comment with your results. I’d love to know how it worked out.

You betcha. They’re easy to throw together in one bowl, and as you can see from the photo below – that extra step of sifting is totally optional. Mix together the pure pumpkin, plant-based milk (I used soy or almond typically), cane sugar, and vanilla. Whisk it smooth, and then add the dry ingredients, starting with the flour. Use the whisk to give the dry ingredients a little mix on top, and then whisk them right into the batter.

Resist the urge to keep whisking past the point of a smooth batter. I know, I know… it’s just so satisfying to hear the whisk clinking against the sides of the bowl that’s exuding pumpkin spice deliciousness. But hold yourself back and stop the second the batter is well combined. We want to keep all of those little air bubbles in the batter, and therefore in the finished pancakes.

These Vegan Pumpkin Spice Pancakes are..

To be honest, I kind of just want to give them a hug.

So here they are, our Vegan Pumpkin Spice Pancakes. If you make them, let us know how it went! We hope you love them as much as we do – Enjoy! 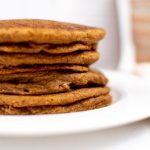 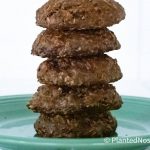 I wanted to add some variety to our normal 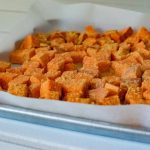 I love to make a recipe oil-free whenever possible 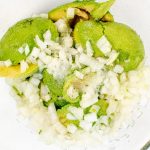 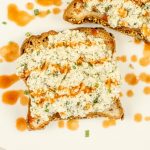 Sometimes, you just want lunch to be easy. No, 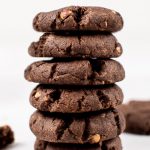 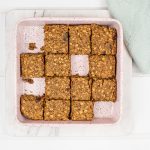 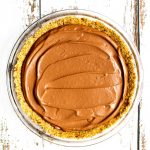 Just 9 ingredients, a food processor and a high 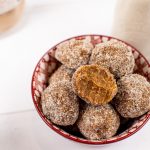