Cinnamon Toast Waffles are easy, cinnamon-y, and richly flavored. They’re light, fluffy, and crisp – just as a good waffle should be. They’re so delicious, that they kind of make us wonder why we don’t just add cinnamon to everything we make before 10 am.

Simple baking powder takes care of the leavening in these airy waffles. And a simple blend of spices packs an amazing amount of flavor into each perfectly shaped waffle square. We topped ours with simple maple syrup and an extra dusting of cinnamon. A compote or coconut whipped cream would be our top choices for next time.

These waffles were made with a Cuisinart Griddle. I bought the waffles iron inserts separately because I like that you can remove them for cleaning. Our 1 piece waffle iron from a decade ago was “wipe down only” for cleaning and that just never seemed right to me. The Cuisinart makes 4 waffles at a time, and each one takes about 1/3 to 1/2 cup of batter to make a fully formed but not overflowing waffle. Single waffle makers take about 1 – 1 1/2 cups of batter per waffle.

Breakfast recipes are some of our favorites

If you make this recipe, let us know how it went. Comment below, rate it, or tag a picture on Instagram @plantednoshery. We love to see your creations. We hope you love them as much as we do – Enjoy! 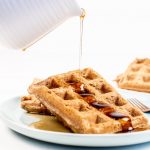 2 flax eggs = 2 tbsp flaxseed + 6 tbsp water Stir and let sit for 5 minutes while you assemble the rest of the ingredients.  They will turn into a gel-like texture when they are ready to be added into the waffles. 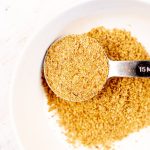 How to make Flax Eggs are a staple in Vegan 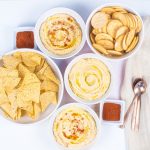 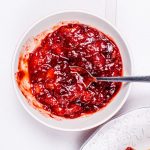 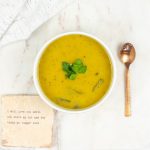 Vegan Potato leek soup is kind of special to me in 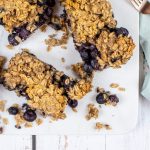 Ok, so a lifetime ago I had a Starbucks addiction 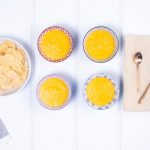 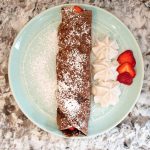 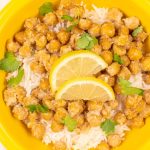