If you’re new to vegan cooking, Vegan Nacho Cheese substitutes might be one of the first things you’re searching for. I was definitely looking for something to fill the “cheese void” if this new way of eating is going to stick for the long haul.

Scouring grocery store shelves, I realized that “healthy” options didn’t exist. So even if healthy wasn’t on the table, I wanted to make sure we never felt like we were “missing out” by not eating animal products.  After all, I still wanted my kids to be able to eat pizza, nachos, mac n cheese, and quesadillas.  Basically all the foods of childhood!

Store-bought vegan cheese substitutes are rarely, if ever, a healthy option.  They are typically full of saturated fats and starches in high quantities.  In addition to the dreaded full paragraph ingredient list full of hard to pronounce “foods”, the calories are usually off the charts. (Similar to dairy cheese!) They’re great for on the go, and don’t get me wrong, there are some delicious options! But at home, this Vegan Nacho Cheese Sauce wins hands down!

Social gatherings and convenience are two of the biggest challenges when it comes to a vegan diet.  It’s convenient to grab dinner from a drive-thru!  When we first started transitioning away from meat and dairy, we found that busy days were the hardest when it came to food. We were running from soccer practice to piano lessons, to swimming then gymnastics, and back again. Some days it seemed impossible to avoid a fast-casual restaurant for at least a snack on the go.

Avoiding meat was fairly easy, but we often found that dairy was simply in EVERYTHING. We didn’t sweat it though.  We just did our best, and kept on trying. Soon we found that meal prep on the weekends set us up for success all week long.

Our weekends became centered around the kitchen. And as we made delicious food like the BEST Vegan Cheese Sauce, we found fewer instances where we “needed” to eat out. As our diet improved, so did our habits. We got used to bringing snacks everywhere we went. And make ahead meals saved us so much time (and money!) on busy days.

Kid parties (and even adults ones) often serve pizza, nachos or dairy-filled treats. To stay on track and feeling great, we like to plan to have the same menu at home for dinner that night – but in our own vegan way.  That’s where the oh so delicious BEST Vegan Cheese Sauce comes in.

This cheese sauce reminds me of the gooey nacho cheese sauce out of a machine at a hockey game concession. The kind that is bright orange and filled the cup in the plastic tray so you could dip your chips and snack away the whole game.

There is one key difference though – this cheese sauce tastes WAY better! It’s got that same runny, gooey, silky smooth texture that thickly coats a dipped tortilla chip like a blanket. But, it also has a ton more flavor (and nutrition). And it’s so honestly cheesy, it has fooled even the biggest of meat lovers.

Can I bake it?

Yes! You can absolutely bake it! Layout your tortilla chips on a baking sheet. Slice and dice your favorite toppings like jalapenos, green onions, and bell peppers. You can even add black beans or your favorite (cooked) veggie grounds. (If you’re new to vegan or plant-based cooking, Yves, Gardein, and Beyond Meat make 3 of the most popular “vegan meats” and all 3 have great veggie grounds.)

Scatter your favorite toppings all over the tortilla chips. And then smother them in the BEST Vegan Nacho Cheese Sauce! I highly recommend lining the baking sheet with parchment paper or a silicone liner first. Clean up will be SO much easier. Bake your nachos at 400F until everything warms up – about 5-8 minutes. You’ll need less time if it’s a hot, fresh batch or nacho cheese, and more time if you’re using nacho cheese sauce from the fridge. Either way works though, and you’ll be eating in no time.

How do I store Vegan Nacho Cheese Sauce?

The first dozen times I made this recipe, there were never any leftovers to store. We ate it all in minutes! Since then, I often double the recipe to make sure we have extra for throughout the week.

Store your Vegan Nacho Cheese Sauce in an airtight container in the fridge for up to 5 days. If you try storing it in the freezer, please let me know how it goes! We make this nacho cheese sauce almost weekly (not kidding ), and I’ve never frozen it before. It should be fine as long as you thaw it in the fridge the night before, or heat it up on the stove.

A word of caution about stove reheating: the cashews will thicken the sauce when heated. So don’t leave it on too long, and use a spatula to keep stirring while it heats. Adding water to thin it out will dilute the flavor, so that might not be your best bet.

What else can I use Vegan Nacho Cheese Sauce on?

Everything. Seriously, you can put this stuff on almost anything you can think of and it will just make it better. But if you’re looking for a list, try it on:

See the extensive list of vegetables above? They all benefit from a generous helping of vegan nacho cheese sauce on top, but the best part is that the cheese sauce makes the veggies more kid-friendly, too. 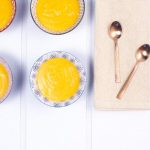 I’ve included weight measurements for the potatoes, carrots and cashews.  Using the weights will give you a more consistent, and more perfect sauce.  The margin for error when weighing vegetables by cups can be fairly large because it all depends on how big your cut, slice or cube them.  So if you have a kitchen scale, definitely pull it out for this recipe.  If not, don’t sweat it!  Stick to smaller sized cubes when cutting the veggies and you’ll still get an amazing result 🙂 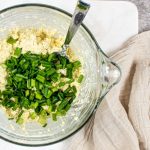 Egg salad, anyone? Yes, please. So many times, 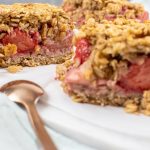 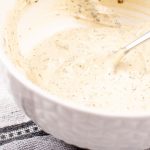 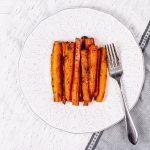 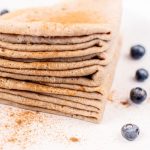 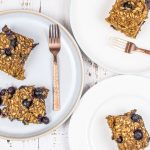 This Healthy Baked Blueberry Oatmeal is full of 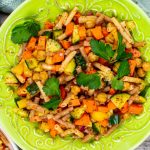 Every Spring, we get on a pasta salad kick. We'll 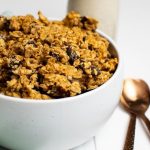 Granola is a fantastic substitution for